The pharmacokinetic theory regarding chemical absorption (bioavailability) is well developed and has been applied in the pharmaceutical industry for decades. However, the commonly accepted pharmaceutical definition has not always been applied to environmental sciences, and so the definition of bioavailability is sometimes ambiguous when applied in the risk assessment process. For example, NRC (2003) offers 15 definitions for this term, drawn from dictionaries, the published literature, agency documents, textbooks, and guidance. Similarly, “absolute bioavailability” and “relative bioavailability” have multiple definitions in different documents and contexts. Below is a brief discussion of some of these definitions, together with the definition as used in this guidance; see the Glossary for additional terms used in this guidance.

Figure 1-2 illustrates the terminology used in this document. 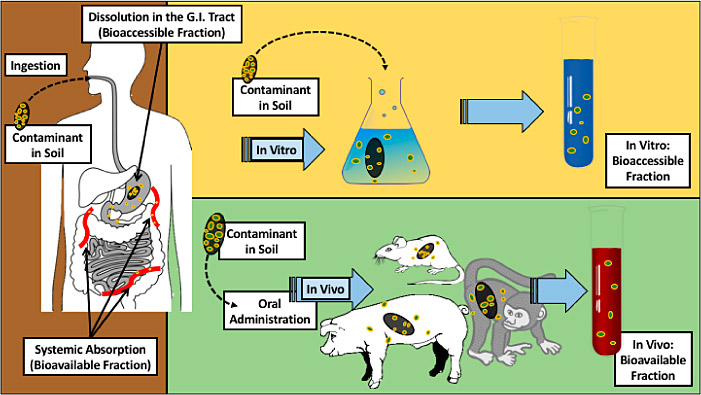